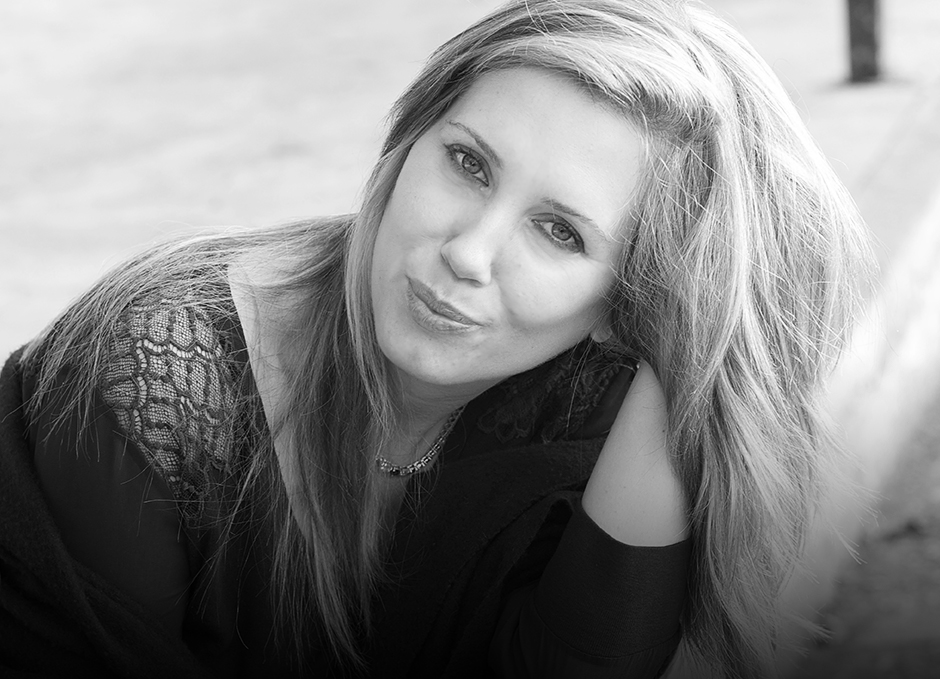 Chloe Combi is a writer, speaker, consultant and sought out expert on youth issues.

The world is rapidly changing, and the future is uncertain, let Chloe Combi help you understand what is coming over the next decade and future-proof against it!

We are experiencing an era of rapid and overwhelming change, and all industries, brands, institutions and political parties are finding it a challenge to adapt to the needs of a changing world – and the new generations. Chloe’s research, insights and breadth of work will help you overcome these challenges, and thrive in the coming decade. Get in touch in the Contact Form (below) or via social media links.

Chloe has interviewed and worked with over 10,000 members of Generation Z – having published the seminal book, Generation Z, Their Voices, Their Lives. Over the next two years, she will focus her research on the next generation – Generation A, as well as publishing work and adapting a TV series on the lives of young, modern women around the world. Her access to and research in vast numbers of young people globally, makes her research insightful, original and invaluable to all those she works with, improving their visibility, popularity and profitability.

As a result Chloe is in serious demand globally with brands, companies and governments who want to understand, work with and win over generations she has unparalleled access and deep insight into. Whether writing in-depth, research-driven reports, speaking with wit and flair at events, leading or contributing to think-tanks and debates, or working one-on-one with clients, Chloe brings real value (see glowing client endorsements.) Her areas of expertise are wide and cover what everyone needs to know in 2020 and beyond including (but not limited to), the future of brands, employment and training, the economy and personal finance, social media and viral trends/popularity, politics and future political trends, influencers, the future of food and drink, pop culture, beauty, sex and self-esteem. She is a canny and noted prognosticator, recognising and identifying trends early, and helping everyone she works with stay ahead of the game.

Chloe is also in demand politically, and has worked with political parties in the UK, Europe, and the USA, and helped them to understand and thrive with future generations, all of whom are becoming more politically engaged and are voting. Her political work in 2020 will be global, as she is real demand with parties and candidates facing a new decade and new generations of voters!

She speaks around the world and has been on a year-long (and going) international speaking tour in countries including Germany, USA, France, Ukraine, Russia, Holland, Italy, Finland, Austria, Croatia, Turkey, Hungary, Spain, Sweden, Switzerland and of course, the UK. You can book her for speaking events via her contact page or through her speaking agents. For her upcoming speaking schedule, see events or request availability via the Contact Form.

Chloe has written for most of the major publications in the UK and internationally including The Times, Guardian, Independent, TES, Marie-Claire, HuffPost, Daily Mail, and Refinery29. She appears quite regularly on news and radio, and can be seen on Sky News, Channel 4, Newsnight, BBC and Radio 4. She has started to write a column with Vice Media on youth culture, so look out for groundbreaking stories over the next year!

Chloe is committed to supporting charities and will be writing a fortnightly advice for column for The Mix and will be joining their board later this year (All columns will be posted in the blog section – so young people and interested parties – go take a look!)

She has just started a project called the Sixteen Project, which aims to enable and help all young people to campaign and be activists. The first project based in Norway was hugely successful and was met with acclaim and wide media coverage, and transformed the language and perception around a major environmental and sustainability issue, with young people. The project will next be working in UK, USA and Ukraine, aiming to help the next generation of activists and change-makers.

Chloe is also a trustee of the UK charity, The Mix which looks after the mental and emotional well-being of 12-25 year-olds. She also writes a fortnightly column for The Mix based on her extensive work and research with young people here and across the globe (find columns in blog section)

Do come and say hello and get in touch via the Contact Form!

Recorded an ad for radio with Professor Green, in collaboration with Heads Together and the Royal Foundation.

Read more about Recorded an ad for radio with Professor Green, in collaboration with Heads Together and the Royal Foundation.

Chloe Combi continues a wide body of research and engagement with young people – something she sees as an essential part of all her ongoing work. She regularly speaks and does workshops at schools, colleges and universities, has a Sunday radio show listened to by thousands of teen listeners and engages with hundreds of young people at events she speaks at (one of the favourite parts of her job!)

Her commitment to her research work enables her to write, speak and advise with unique insight and flair, and is also proving to be a real asset in the corporate world, global brands and businesses. 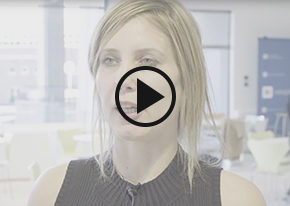 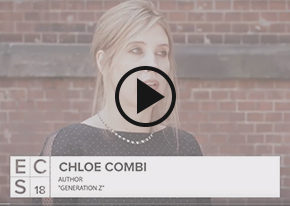 Generation Z and the future of brands 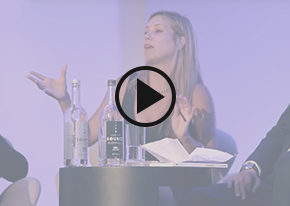 Beyond Binary: The lives and choices of Generation Z 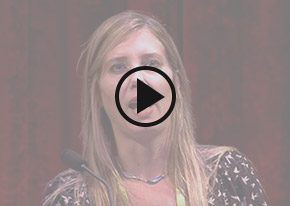 What should post-millennials know? 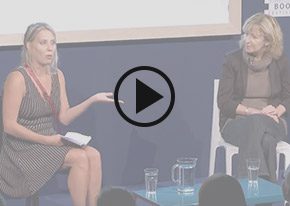 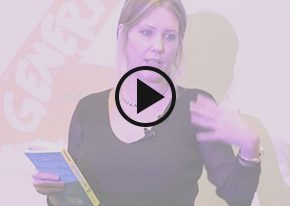 Generation Z: Their Voices, Their Lives was published by Penguin, Random House in 2015 to critical acclaim. It is the culmination of 2000 interviews with teenagers across the UK. 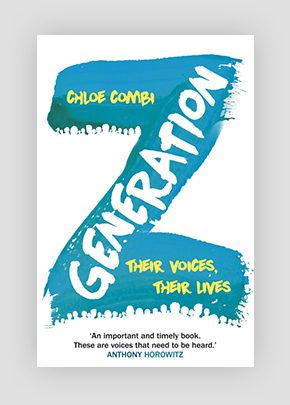 “Thrillingly candid interviews with ‘Generation Z’ display all their fixations, their humour, and the frightening power of technology in their pockets.”

“An important and deeply revealing book showcasing what it is really like to be a teenager in the twenty-first century.”

“The book gives educators much to consider . . . The greatest value of GENERATION Z is a reminder of all that we love about our students – their humanity, their kindness, their moments of strength, their insights. It’s easy to see the echoes of students in our own classrooms; beyond the disrupters, preeners and attention-seekers, there are human beings going through tremendous changes. I found it a refreshing, confronting and heartfelt reminder of why I came into the classroom.”

“An important and timely book. These are voices that need to be heard.”

Praise for Generation Z: Their Voices, Their Lives

“Every politician seeking election next month should read this book. I think it taught me as much about our country as anything I have ever read.”

This is a rolling list of upcoming events/speaking engagements. It is constantly being updated – do drop me a line via the contact form page if you are interested in involving me in any future event/engagement. All media and links to event will be posted. November 27th 2019 – Austria – Perspectives on Luxury November…

Chloe has written across a wide-range of topics and has helped start some important global conversations gang culture, youth homelessness, grooming and pornography. She is available for commission – paid features only. 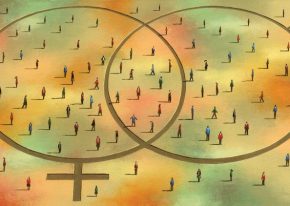 Journalism
How can society square the circle on single-sex schools? 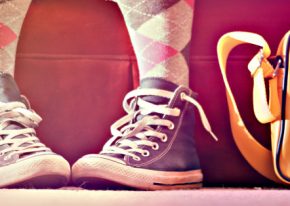 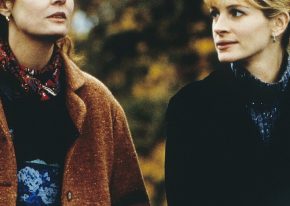 Journalism
8 People On Their Relationship With Their Step-Parents

Who stole the Inauguration show?